Tada!—It’s time to kick the contests off with the most epic of all challenges: the stick figure. Yes, you heard me right. While some judges might demand expansive works of oils or pastels, we of Steps of Power know that you are above such lowly skills. Thus, let The Battle of the Stick Figures commence!

Prize: Your choice of a canvas, three bookmarks, or to name a character in the third novel, Gods or Men*.

Details: Draw a stick figure drawing. It can contain anything you like, but must relate to Kings or Pawns (that is, a character(s), place, animal, and/or scene, etc!) For example, you might so choose to draw a fantastic rendition of Jikun and Navon rolling about in the dirt. 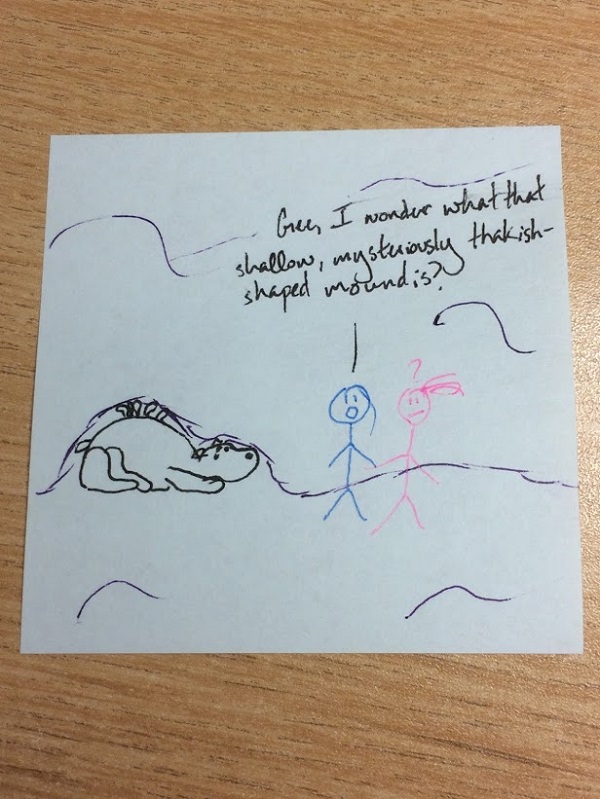 The drawings will be judged on the overall awesomeness of the drawing (can be epic / hilarious / artistic / least artistic / so terrible it’s awesome / creative / other (so yes, basically anything). In the event of a tie, the top contestants shall be thrown into a dandruff-free hat and winner drawn at random.

* I reserve the right to veto gag-names—you know the sort, Buttface McGee!

POST YOUR ENTRY/ENTRIES IN THE COMMENTS BELOW BEFORE AUGUST 29

DRP
Here we go. This is a masterpiece.

JJ Sherwood
LMAO of course you would do them! XD it doesn't surprise me that the first two are so Heroes or Thieves. XD
0
[Reply]

SirEditor
A scene from The Kings Book 2, Heroes or Thieves, entitled "The Battle of Rilden Fields."

Lydia Sherrer
Lol, I love that she named herself "Sir Editor" ;). Dang it Alexandra, now I have to actually work HARD at my stick drawing...wait, you're the editor, are you allowed to enter?
0
[Reply]

JJ Sherwood
She had to up the challenge by being a freaking stick figure master. WATERCOLORS, man! Wtf! And here I grab the nearest pen and scribble!
0
[Reply]

SirEditor
Alas, I am not eligible to compete. Won't stop me from drawing, though! XD
0
[Reply]

Anonymous
Lol, well that makes me feel slightly better about my chances ;). That is a VERY impressive stick drawing, love the flowers around the border XD
0
[Reply]

Ciaparo
I love this one! Though the cat would be attacking Sellemar lol.
0
[Reply]

SirEditor
Haha! The rare moment of solidarity in which the enemy and prey are the same.
0
[Reply]

***SPOILER ALERT (if you have not read Kings or Pawns)*** JJ Sherwood
Oh. My. Gosh. This is HILARIOUS!! XDDD I am dying. Ali is also dying. XD You, dame, are a stick figure master and a comedian.
0
[Reply]

Anonymous
Why thank you, Madam Sherwood *takes a bow* NOW COME OVER HERE SO I CAN THROAT PUNCH YOU!!
0
[Reply]