So the long awaited characters page is something we've been trying to get up for months, but with so many things going on, it was hard to address. I do hope to have at least a basic form up by this weekend. When it is, this amazing piece will join those you already know!

This been difficult to hide from you guys because, gosh darn it, this picture is amazing!

One of the most intriguing characters from Kings or Pawns is Saebellus—or at least, that’s what most of you have told me. XD So I figure, in a book bursting with intrigue, why not reveal the warlord first and get this ball rolling?! :D And for those of you who want to know this male better, Heroes or Thieves does some work on him ;).

Bio: The most powerful warlord Sevrigel has seen in a millennia, Saebellus commands a large army in rebellion against the council of Sevrigel. Saebellus formerly served as Second General in Sevrigel’s army, but revolted during the council’s operation against the siren threat and has been warring General Jikun ever since.

+Born in the Trafel region, to a moderately wealthy family, but moved to Elvorium in his early teen years

+Educated in the finest schools and military academies, excelling in everything he touched

+Upon his rebellion, his family and the female of his courting—as well as her family—vanished and were never seen again 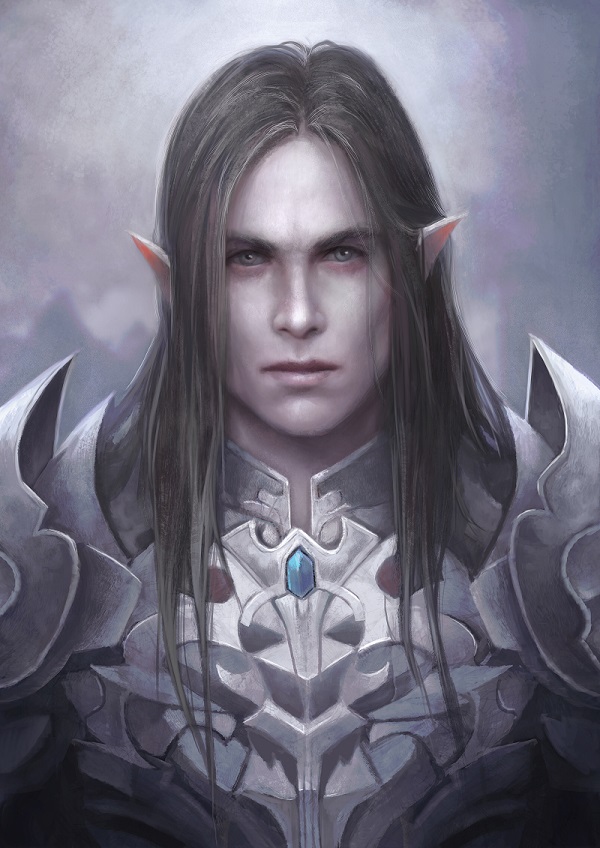 So what was your first impression on the warlord? What are your thoughts on him by the end of Kings or Pawns? Going forward, what do you hope and expect? (share your thoughts with me here, Twitter, or Facebook! <3)

Anonymous
He looks grey, aged by death and sorrow, but not really regretting it. I'd say except for the drive inside to win, he looks pretty empty. Not a man I'd want ruling me, and I expect out of him only what benefits him and his goals. Very good art by the way!
0
[Reply]

JJ Sherwood
Aw, what a heart-breaking description of the emotions captured by his stoicism! And not at all inaccurate!
0
[Reply]

Lydia Sherrer
Oops, didn't mean to post that anonymously. This is Lydia!!!!

JJ Sherwood
Hahaha! You can create an account and then set that picture as your avatar, if you want XD Then it won't make you sign in. PFF. Security sucks.
0
[Reply]

Ciaparo
My perceptions of Saebellus were formed more by Heroes or Thieves than Kings or Pawns. I think he has done many wrong things for the right reasons, and that despite his military successes, he may be in over his head with Ilsevel.
0
[Reply]

Wanda
Wow what amazing art. I really like Saebellus. I think he has had good intentions, but he is in too deep now.
0
[Reply]