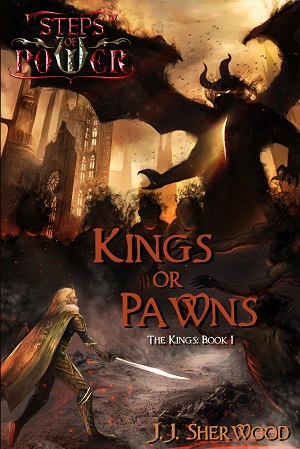 Since I posted last, a lot of work has been thrown into the website and novels lately and both have me at a point where more frequent updates will become the norm. (Like I now am able to post directly to the website, whereas before, I had to go through my webdesigner for such changes.)

In short, both Kings or Pawns and Gods or Men are "done."

Kings or Pawns is progressing wonderfully. It has been fully written, revamped, and edited several times. It needs but two more edits from myself and my editor, and then it will be ready to hit the press. While it's waiting for its release date, I will finish up the final edits to Gods or Men, which has also been fully completed and edited several rounds.

After that, I shall begin the work on the third book of the series (and the last of The Kings portion of the series).