HAPPPPPY NEW YEAR! Wew! It has been a while since updated but I'm sure everyone was busy with Christmas and the New Year! We moved into a new place and had a few deaths in the family so I've been a bit overwhelmed. I'm sorry for the length between this and the last update!--Things should be back on track!

So a few things this update: YOU choose the next art, the most amazing art you have ever seen, update on the audio hardcopy, and update on progress of book 2, Heroes or Thieves.

YOU Choose the Next Art!

So a month ago I asked what sort of things you guys would like to see for "extra content." Some very cool ideas came through (which I will reveal later our thoughts), but we have decided first and foremost do take a vote on which character you would like drawn from Kings or Pawns! You do not have to have finished the book :) VOTE HERE

If you HAVE finished the book and have not yet had the chance, I would be totally honored if you would leave a rating/review on Amazon and/or Goodreads.

And don't forget, it makes my day to hear from you personally as well! <3

The Most Amazing Art You Have Ever Seen

I think almost every interview I have had has asked me this question: How long have you been writing? To which I always answer the same (since kindergarten). Lately I've gotten bored with the response and have considered responding with "How old is your mom?" However, then I think I'd like to be back for a second interview so I refrain.

Anyways, here is a more interesting question and response for you: JJ, how long have you been working on the characters involved in Kings or Pawns?

JJ: Oh, what a refreshing question! The CHARACTERS have been in the works for over EIGHT years (no seriously, they have been). I have proof. Here is the most amazing art you have ever seen, drawn of Jikun and Navon 8 years ago (after they were already characters for a few years): 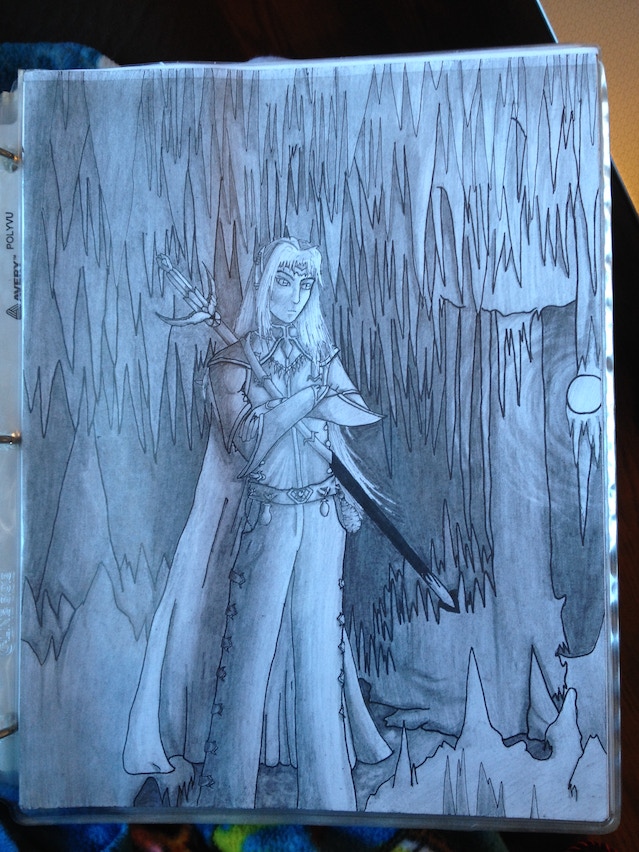 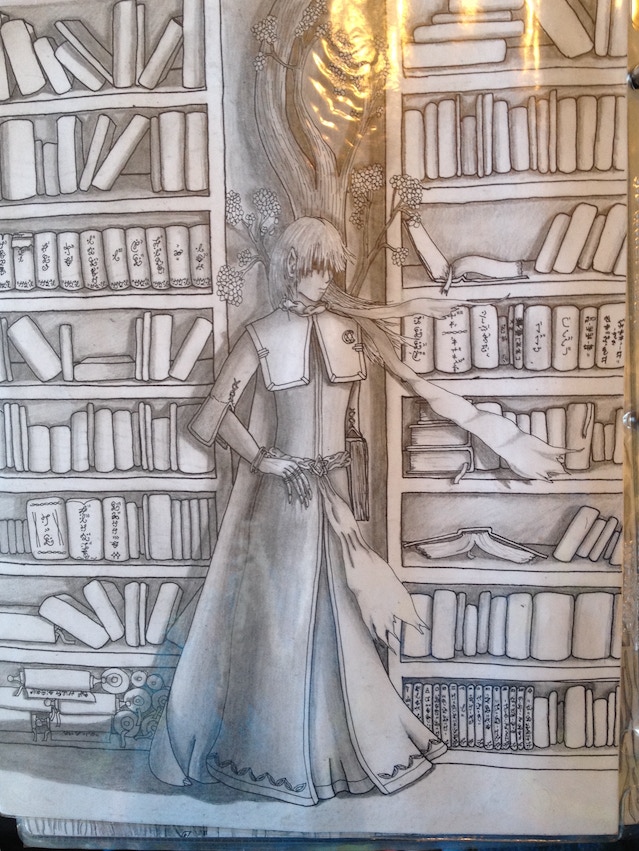 Yes, now you have crap to blackmail me with (and those of you with drunken postcards now you have even more...) But anyways, as you can see, professional artists have barely made an improvement to my masterpieces: 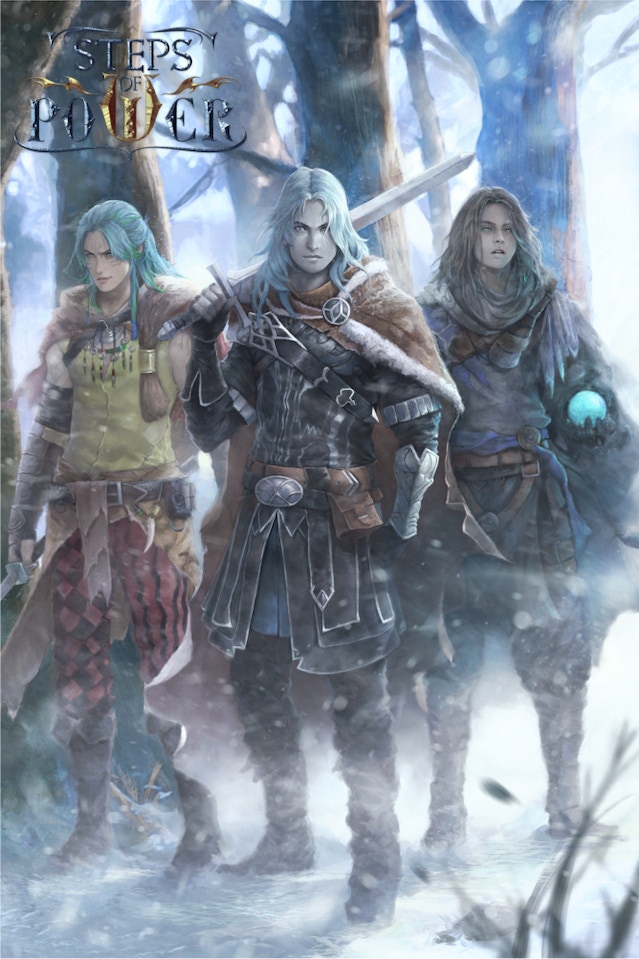 That's Jikun in the middle and Navon on the right. Our right, Jikun's left.

So I mean, ALMOST no point in hiring more artwork after my talents, but you know, I simply haven't the time to create MORE perfection...

So while I don't actually imagine him so feminine, the similarity brings me comfort.

It has been taking longer than i thought but the audiobook hardcopy should still go out this month :) I thought we would have this super early like the digital, but who was I kidding? Hopefully just myself...

Progress of Heroes or Thieves

While the chaos of the last month halted my writing entirely, Heroes or Thieves is now going extremely well and I still aim for the release in April or May. I definitely don't want to hand you guys a piece of crap because I felt I had to meet a deadline--so don't worry about that! :)