How I Try Not To Drown You: General World-building

Hey Soplings! I hope your week has been as spiffy as my own! When I head into convention season, I always prepare posts for the weeks that I'm going to be swamped with conventioning. I just got back from Cincinnati Comic Expo and next up is St. Louis and New York Comic Con. I'll write you up some fantabulous details and share pictures when I return!

For now, I’m starting off with a general World-Building post for all you fantasy lovers, new Steps of Power readers, and aspiring authors! (which is actually particularly well-timed as I did my first panel at Cincinnati Comic Expo on World-building!) This first post is on importance of world-building to characters and plot, as well as the need to balance this building so as to not go overboard and drown the poor reader in all your illustrious details. This is the preface to my in-depth series I’m going to do—The 5 Keys of Deep, Fantasy World-building—where I’m going to talk about some super awesome aspects of world-building and just how many layers this parfait has! :D

And everybody loves parfaits. 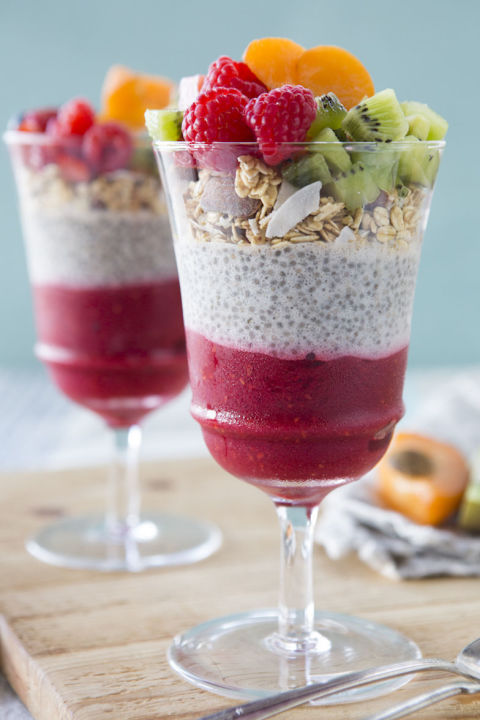 What is the appeal of world-building? How does it compare to the importance of character and plot?

World building is one of my absolute favorite aspects of the high fantasy genre. You start with nothing and you have to form a world—an entire world (which is terrifying!)—that is both believable and draws outsiders in. Every aspect of its formation is a creative challenge—and one I absolutely love.

There is a surprising yet definitive relationship between world-building and the characters and plots contained within—this solidly formed world (with its histories and locations) is, in a sense, yet another character… another plot of its own. When you drop characters into a world, the world cannot help but express itself… to push the characters and plot in a certain direction.

For example, in the second novel, Heroes or Thieves, two characters are forced to leave the elven nation by way of the Windari Channel. The world states that this channel is extremely dangerous and nearly impossible to traverse by inexperienced sailors. Thus, our two heroes crash in a southern desert and there our story begins. The location of this desert and its history sets in motion a series of events that form the spine of Heroes or Thieves. Had the two characters landed where they desired to land, well, we’d have quite the different story on our hands: we never would have met several crucial characters at all, and perhaps even a tragic death could have been averted.

But that’s the beauty of the design and history of the world from ages back—the world influences the plot and characters and cannot be separated from them. If I had allowed two inexperienced elves to hop into a boat and sail themselves safely across the Channel, I’d have been doing the world-building a mighty injustice. As consistent as one must be in plot and character, so too one must be in world-building. Why, in Kings or Pawns, had Jikun’s army not fallen ill in the disease-ridden swamps, a different person may be sitting on the throne today and none of the events of the rest of books would have followed.

Always at the back of my mind hovers the reminder that my world, Aersadore, is but another character—and everything she “says” and “does” must be as relevant as the characters and plots themselves. The world is there to enrich everything and draw the reader further in—but information is woven into the histories and behaviors of the characters, not just chucked at the readers. I like to start with just those facts, places, and histories that are relevant to the current story and weave in details as is required.

To build a world as massive as Aersadore, many books are needed—and many books are planned. For example, for about ten books I’ll be focusing on the events that caused the tension between the human and elven races, that divided them across the world, and that slew their great and mutual hero. The way that many of the characters behave and think is weighed on by this great event, and in a future novel, I’ll go back in time and tell the reader what really happened.

Another way I balance world-building with the act of writing the story is by utilizing multiple points of views. In Kings or Pawns, there are four main points of view—one from a cynical general of a secluded, northern culture; one from a mute, young servant girl who knows only what others have told her; one from a well-educated and mysterious foreigner; and one from the new, naïve king of the land who had strong ties with the culture and peoples prior to the recent “major event” in the story. By utilizing a variety of histories, cultures, and locations, each point of view can reveal something new and fresh about the world in a natural manner.

So what does world-building mean to you? How does it affect the stories you’ve read or the writing you are doing? How I Try Not To Drown You: General World-building